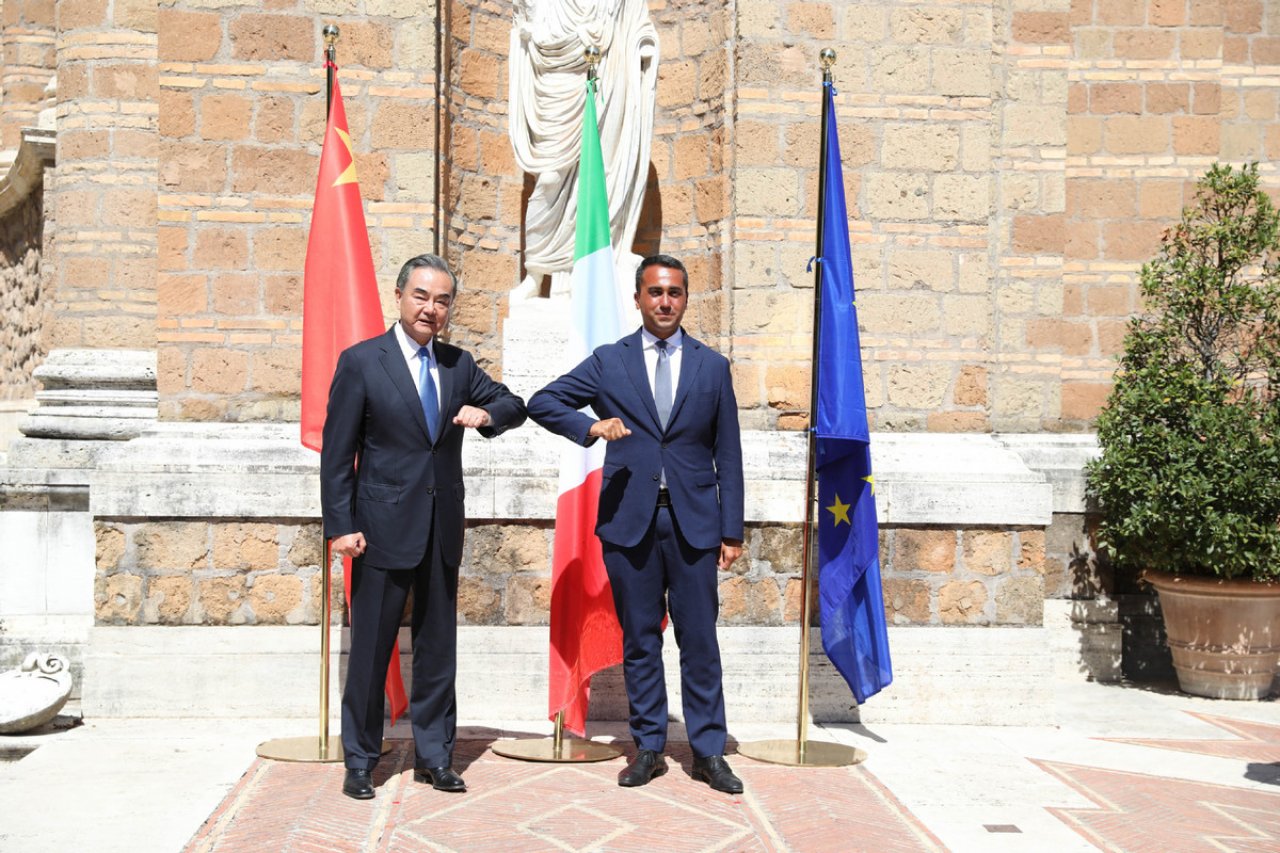 On August 25, Chinese Foreign Minister Wang Yi met with Italian Foreign Minister Luigi Di Maio in Rome as part of his week-long European Tour, during which he will also visit France, Germany, Netherlands and Norway.

This is the first visit by the Chinese Foreign Minister to Europe after the epidemic broke out, and Italy was chosen as his first stop, which sent a clear signal of Chines good ties with Italy.

The visit comes exactly during the 50th anniversary of the establishment of diplomatic relations between China and Italy, which is an important historical moment, and both sides stated that there will be more room to grow together.

China supports Italy in assuming the chairmanship of the G20 next year, and is willing to work with Italy to safeguard the international system with the United Nations at its core, strengthen cooperation in global governance, safeguard the multilateral trading system, build an open world economy for the post-epidemic era and make contributions to world peace and development, Wang said.

Last year, Italy became the first G7 nation to sign a memorandum of understanding to join China’s “Belt and Road” initiative and this will surely represent a key driver of deeper bilateral cooperation between the two countries as it is an important development opportunity for Italy.

The China-proposed initiative comprises the Silk Road Economic Belt and the 21st Century Maritime Silk Road and aims to build trade and infrastructure networks connecting Asia with Europe and Africa along and beyond the ancient Silk Road routes.

Italy hopes to further strengthen cooperation with China in the fields of energy, industry, economy and trade, and promote a more balanced bilateral economic and trade relationship.